Inefficiencies and complication risks result from the current state of the art in the most cutting-edge medical procedures: between uses, expensive guidewires, catheters, and balloons (flexible elongated medical devices) are managed with makeshift techniques, such as placing them in buckets of saline and wrapping them in gauze and cotton towels.  Each device has different attributes, so multiple are used and reused throughout procedures.  Without CathClip, these devices are mismanaged, with interventionalists and their assistants using makeshift techniques to handle them, as described below.  This mismanagement leads to costly inefficiencies and dangerous complication risks. 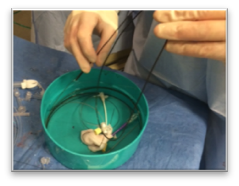 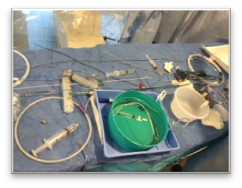 State of the Art without CathClip 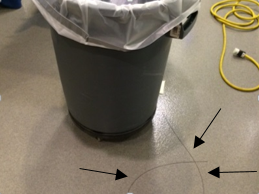 Contamination in Procedure
No single makeshift technique can handle all types of guidewires, catheters, and balloons. There are different types of makeshift techniques because different flexible elongated medical devices must be handled specifically to account for their particular characteristics. For example, (1) stiff wires must be wrapped around themselves to hold in place, (2) hydrophilic wires are held in a bowl since they are too slippery to be held with a wet towel and need to be kept wet, preferably in a saline-filled bowl (if not kept wet, hydrophilic wires and towels or gauze will stick when they become dry), and (3) fragile microwires are held with a wet towel so as to avoid damage. 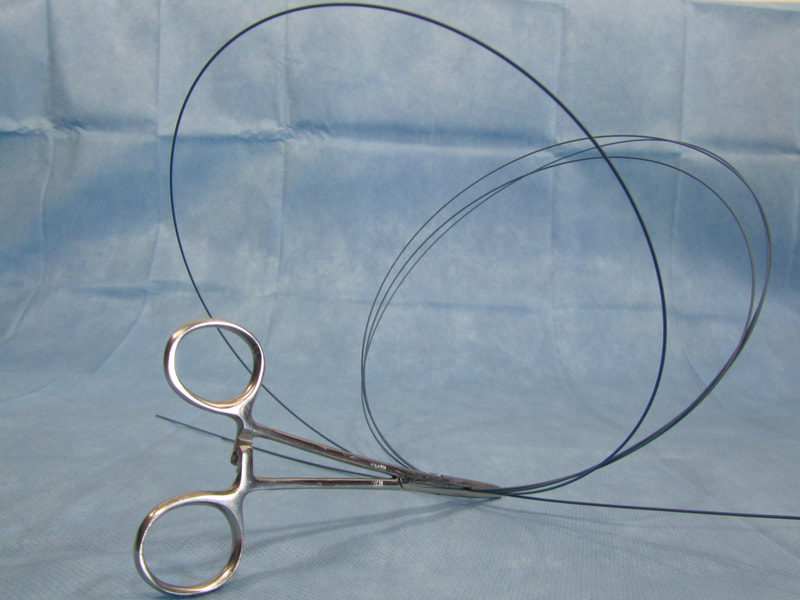 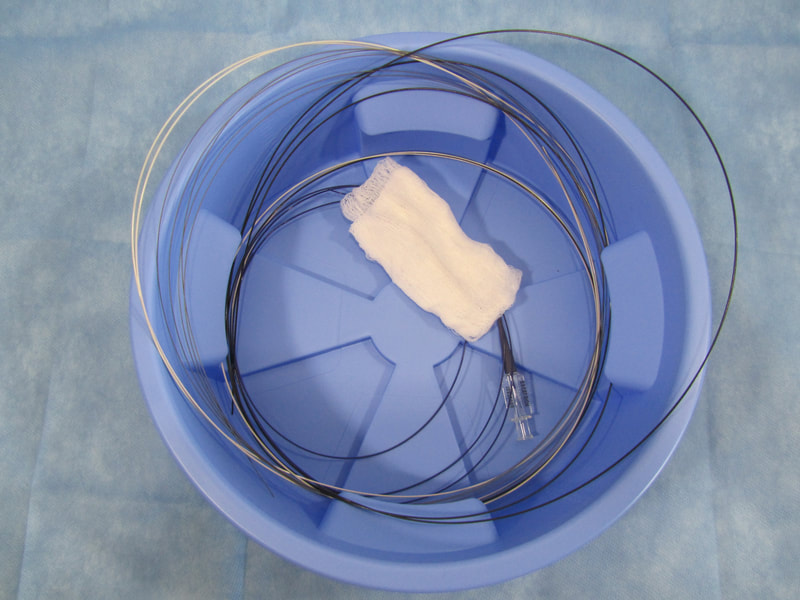 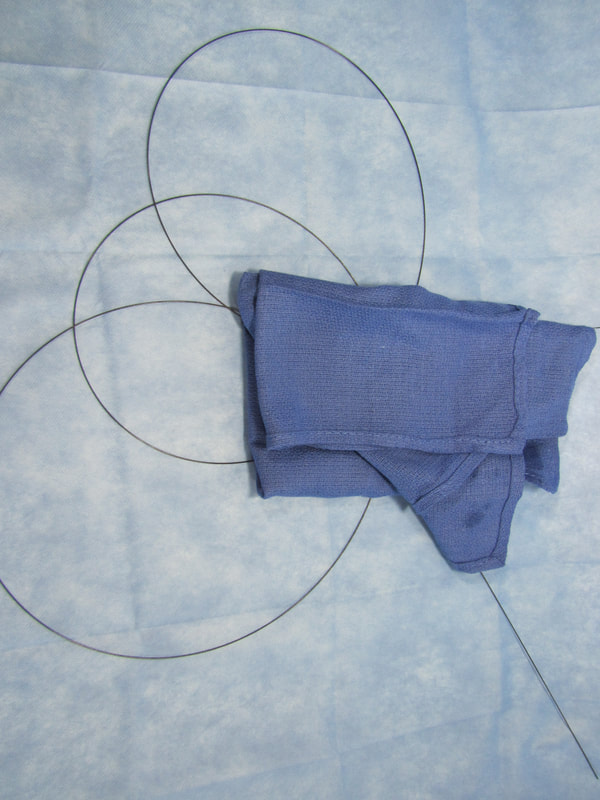 Single Guidewire Held with a Cotton Surgical Towel
Using makeshift techniques adds costs and safety issues.  These techniques are unreliable and difficult to use, taking extra time and often leading to damage to devices, necessitating replacement of devices which would otherwise be reused during the case.  Contamination of the devices can also result, and the procedure team is often distracted by device management, with devices sometimes not ready to be used when needed.  Further, holding devices with anything with cotton fibers, such as gauze and cotton towels, increases the risk of complications from lint that gets stuck on the devices and then enters the patient's body when the devices are used (embolization/stroke risk).

Without CathClip, inefficiencies are measured at more than an extra $48 per case.

Additional complications can result from infection risk due to mismanaged devices touching outside of the sterile field.  These infections are difficult to track, but often patient care teams use chlorhexidine or Betadine to clean contaminated devices so that they can be reused during a case.  Post-endovascular procedure infections are described as a known risk to patients, especially for implanted devices.  Any tools which can minimize infection risk, such as CathClip, will help improve clinical outcomes.

Further, procedure teams can be distracted from patient care when they must focus on difficult device management, and often devices are not ready to be used when needed during a procedure.  Unnecessary radiation for the patient and care team is another safety issue presented by mismanaged devices, as damage to such devices, such as guidewires and catheters, is often noticed only when not functioning properly inside of the patient, after everyone in the room, including the patient, has been exposed to unnecessary radiation.  Increased COVID exposure is another risk of mismanaged devices, as viable, SARS-CoV has been isolated from respiratory, blood, urine, and stool specimens and poorly managed devices can result in blood and contaminated fluids splattering the procedure room and team.

Summary of Problems Caused by Mismanagement of Devices

Mismanagement of devices leads to a number of problems, including those described below. 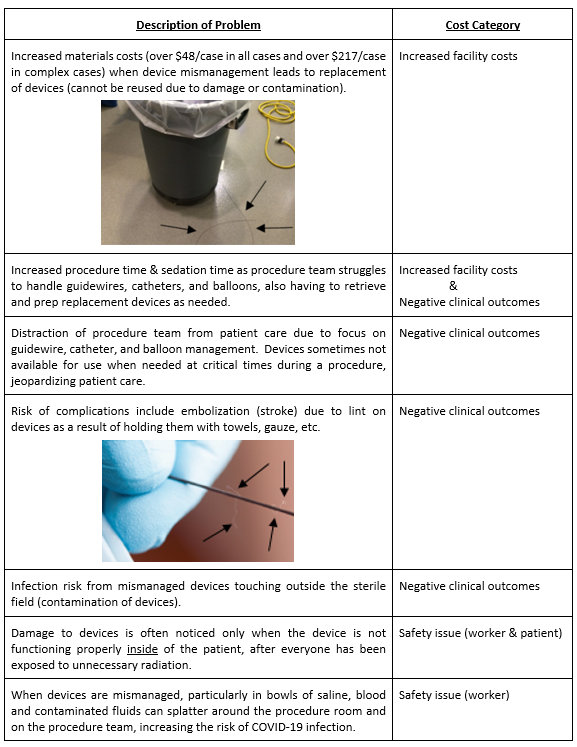 Learn about the CathClip Solution.